Thank you for your interest in our company.

Unfortunately, we are not hiring writers now due to low season.

We will be glad to review your application in the future.

History is a tricky subject that students love and hate at the same time. Those who are fascinated by it most choose it as their major. But before anyone can graduate and receive their diploma, they have to write a dissertation.

Choosing among history dissertation topics is incredibly difficult because there is a huge variety of interesting areas that can be studied there. More than that, in the majority of cases, they are very complicated, which makes students feel discouraged.

Dissertation is an essential, fairly long piece of academic writing that serves as an evidence of everything a student has learnt in university. For history students, it’s a great chance to show how their mind works, how effectively they can find, use, and analyse information. All these qualities are essential in historians, so writing a high-quality history dissertation paves a way for a student’s successful professional future.

Before starting your dissertation, it’s important to learn what sections it should entail and what they should be about. History dissertation structure doesn’t really differ from those written on other subjects, so you won’t have to spend a long time on trying to find all rules. Let’s regard main sections that must be present.

Read more: Get Dissertation Help From The Native Experts

When undergraduate students are looking for history dissertation ideas, they often start panicking because while this field is extremely wide, locating the one topic that would stir personal interest is complicated. To assist you in this process, we’ve selected seven most relevant categories of history dissertations and provided their brief overview as well as a list of topics that could be explored under them. Look through them and feel free to use any of them you might like!

This category is universal and exciting because it can feature literally any period that interests you. Think of historical figures that had some impact on the world or pick a specific event. The following topics fall under this group:

Save your time!
We can take care of your essay 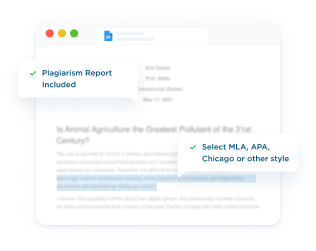 The events that happened during First World War remain relevant even now because barely a century has passed since them while the destruction they caused was extreme. There are many aspects that can be studied under this large theme.

This economic crisis has affected the entire world and its consequences have forever shaped conditions that many countries continue living in now. It has numerous nuances that can be explored in a dissertation.

Second World War remains a painful and tragic reminder of a staggering amount of lives lost. Its relevance won’t fade any time soon because it happened relatively recently and there are still people who participated in it.

Napoleon is a central person in history who continues to be wildly discussed. His uniqueness as a leader can provide an excellent ground for detailed research.

Mussolini is another famous leader who affected lives of numerous people and countries. His politics are still studied due to close ties they had with WW2.

Even now, Nazis’ achievements and horrors continue to benefit as well as plague the world. Understanding them can assist in preserving their good sides and eliminating bad ones.

LGBT community has existed in more or less equal quantities at all times, including periods where their existence was regarded as a crime. Second World War was one of such periods, even though homosexual people participated in it, sacrificing their lives along with health for the well-being of their countries, they were still persecuted harshly. This dissertation analyses how they were treated by both Soviet and Nazi forces during as well as after the war.

Topic 2: Life of famous Nazi representatives who managed to escape after Soviet victory

After Nazi Germany was defeated, many people were tried as well as executed for their atrocities. However, some have managed to escape. Josef Mengele is one of such people who left the country and built quite a successful life for himself, even finding sponsorship for further medical practice. This dissertation will explore how he achieved this and who might have helped in his escape.

Topic 3: Changing attitudes of people towards Nazi occupation of their territories

People living on territories occupied by Germany reacted differently to this change in power. In fact, while some resisted violently, chose death over submission, others reacted positively, cheering for Nazis in the hope that their lives would improve. This dissertation will focus on how these attitudes differed among various populations and how they transformed with time.

EduBirdie as Your Best Helper in Combating Dissertations

It’s great to know how to choose the best dissertation topics, but sadly, it doesn’t always guarantee a good outcome when you write a history dissertation. Many students face difficulties when writing, especially in historical field. That’s why many of them start wondering, “Who could do my dissertation ?” EduBirdie is an answer you need.

We have a team of excellent writers who have impressive practice in dissertation writing and who will meet every requirement you might have. Contact our support representatives now to discuss all details. We guarantee that everything will be done to perfection and you’ll be proud of your dissertation for many years to come!

Thanks for your feedback!

You have subscribed to EduBirdie news.